Say that again ? How many calories per day ? 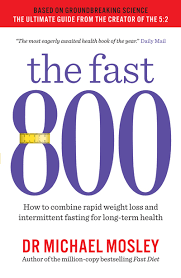 First of all, I want to go back a few years to a TV programme I watched on BBC on a ‘new’ method for weight control that had positive health benefits – intermittent fasting (IF).  The documentary was entitled, “Eat, Fast and Live Longer” and featured a medical doctor I had seen on a few other TV programmes, Michael Mosley.  He had a very engaging way of presentation, and his ideas all seemed to be backed up with strong peer-reviewed evidence (important for me), but most important is what he said made sense.  The documentary showed that one of the issues we have is that we eat way too much, our diets have changed over the past 20 to 30 years, and this change is quite literally killing us slowly.  The modern diet, and I am speaking generalities here, is causing issues with insulin resistance, ie the ability of insulin to do its job in the regulation of blood sugar after eating.  The consequence of this is that you get fat, and this isn’t, ‘does my bum look big in this’ fat, this is bad fat, known as visceral fat, that infiltrates some key organs and sets up an enemy camp that fires off a nasty campaign of chemical warfare against your body.  To use an analogy from Dr Mosleys book, think of how the French make fois gras – goose liver paté – they force feed a very high carbohydrate diet into geese and exceed their capability to utilise it and the result is a very fatty liver, not a fat goose.

Insulin resistance then is the key to this story (and ultimately mine) – if your body produces insulin but doesn’t get the benefit from it then you have a problem.  Dr Mosley utilised an idea, based on ancient eating habits of periods of fasting, along with normal eating.  He proposed that if you eat normally for 5 days and then fast for 2 days then your body starts to show changes in insulin resistance and as a result you can now utilise the sugar you are consuming better and less gets stored as visceral fat, the enemy outposts are then defeated and a more healthy state resumes.  It does work, a lot of people have switched to an IF approach to their diet, and it is used in clinical practice of treating obesity.  However I found it had one major drawback, it can be very difficult to do.  If you do not have a serious amount of will power, IF will break you.  Not eating for 24 hours is tough, how you structure those 24 hours can be a help – fasting from night time after your evening meal to the next evening is probably easier, breakfast to breakfast is somewhat harder.  I got some results, then I had to give it up, I just couldn’t maintain it, for me it was not a change in habits, it was just not eating, simple as that.

Several new variations of the 5:2 IF diet have been bandied about, and Dr Mosley himself has tinkered with it.  He has also come up with some other ideas around improving insulin resistance which I find interesting.  For those, like myself, who struggle with 24 hour fasts, the idea of ‘time restricted eating’ or TRE may well help.  I have always had a bad habit of snacking late at night.  When I used to drink I would always end up seeking out snacks, lots of snacks, and a cheese sandwich at midnight or 1am would be the norm.  The idea of TRE says that you should stop eating at an earlier time in the day to allow your body to utilise what it has eaten, and allow your body to enter a fasted state.  That fasted state often changes the fuel your body uses as once the glucose and glycogen are used up, the body turns to fat for fuel use, and the first storage used is visceral fat.  This switching to burning fat is called ketosis, and is pretty much the basis of another diet, the Keto Diet.

A 12 hour fast is good, a 14 hour one better and a 16 hour one looks to be optimum.  Have your main meal at 6pm, don’t eat ANYTHING that contains any level of calories until the following morning and you have done TRE.  If you go to bed for 8 hours, then not only are you getting the benefits associated with a good nights sleep, but you also sleep through most of your TRE period.  As TRE is not even so much of a diet, it is a lifestyle change – eat earlier, it is often easy to adopt, and just this step alone has been shown to have dramatic weight changes and a great increase in insulin resistance issues.  But Dr Mosley decided to take it further, much further. He developed ideas around calorie restriction, and how this can be brought into a lifestyle change.

Calore restricted eating, CRE, is not a new idea.  Roy Walford, the founding father of calorie restriction penned a book entitled ‘120-year Diet Book’ where he advocated eating a maximum of 1600 calories a day, about 2/3rd the amount that a man would normally eat.  He thesis was that if you eat a calorie restricted diet you will live longer.  This was based on research done on laboratory animals, where CRE extended the life of laboratory mice.  However one thing that has become evident in scientific research is that what happens in a mouse can be far from what happens in a human and they are often unreliable models.  Walford had claimed that if you follow a CRE diet that you could potentially live to 120 (based on the animal studies).  Roy Walford – born 29/06/1924 – died 27/04/2004 – aged 79 years !!!!!

Step forward another scientist, Professor Roy Taylor, a diabetes specialist, he had shown that if you lose 10% of your body weight fast that there was dramatic health changes including literal draining of the fat from your liver and pancreas – that nasty forward operating base of invading visceral fat was knocked out of existence and quickly too.  Patients who were diagnosed with Type-II diabetes, that lost greater than 10% of their body weight quickly came off all medication and blood sugars were restored to normal healthy levels.  Prof. Taylor conducted a study where an 800-calories a day rapid weight loss programme was followed and all the usual biochemical and physiological parameters were monitored.  In a majority of patients these patients showed dramatic body changes and a total reversal of their type-2 diabetes – revolutionary stuff and an approach now used in clinical practice.

So taking all of these ideas, Dr Mosley published ‘The Fast 800’ – a period of CRE, for anywhere between a 2-16 week period, consuming just 800 calories a day with reduced carbohydrate intake, and also combine with TRE – 12 hour fast to start with, but try to get to 16 hours.  Two major clinical trials supported this work, and gave an evidence-based approach to the diet.  However most importantly it was more than a diet, it was a lifestyle change, eat less, eat earlier, break the cycle of modern eating habits and get healthy.  The book also has some fantastic recipes.

Who stole my will power ?